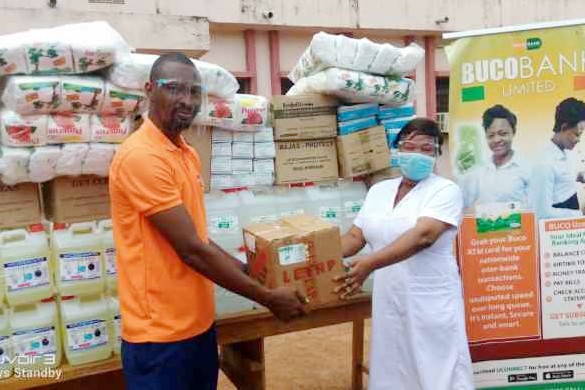 The Builsa Community Bank (BUCO Bank) as part of its corporate social responsibility has donated sanitary and non-medical items valued at Ghc22, 000 to three (3) health directorates in the Upper East Region and One(1) in the North East Region.

The donation was in recognition of the role health facilities play in reducing the spread of the virus.

Speaking to A1 NEWS at the Builsa North District Health Directorate in Sandema on behalf of the four directorates during a brief ceremony, General Manager of BUCO Bank, Richard Awombadek Ajuik, said, the items presented were based on a needs assessment conducted with bank and the health sector.

So, giving this support to the health facilities, we are of the view that, it will help reduce the spread of the Covid-19 and going forward, we will have healthy customers who will come and do business with the bank so that the bank will grow from strength to strength”.

“We adopted a bottom up-approach. We first of all, wrote to the health directorates to indicate their pressing needs so far as the Covid-19 containment is concern. They wrote back to us with their list and based on that we also presented this items based on the request”.

The beneficiary health directorates are, Bolgatanga Municipal, Builsa North and Builsa South districts in the Upper East Region and the Mamprugu-Moagduri district in the North East Region.

Mr. Ajuik indicated that, a series of such gestures which shall be carried out formed part of the bank’s corporate social responsibility under a fund set up to support the bank’s operational communities.

The Acting Builsa North District Public Health Nurse, Pognab Comfort Amoak who received the donations on behalf of the directorates thanked BUCO Bank and called on other organizations to emulate same.

“As we all know, Covid-19 is a pandemic disease which has come and it has tormented every government in this world. So, base on that all governments all appealing to other NGOs, corporate bodies to help them. So, BUCO Bank reaching out to us is in the right direction.

But our appeal is that, other NGOs and corporate bodies should reach out to us. We still need more of this things to work with. We promise BUCO Bank that this items will be put into proper use”.

Pognab Amoak who is the Queen mother of Fumbisi, said, the only case the Builsa North district recorded has since been treated and discharged while sensitization is ongoing in communities to curb the spread of the virus. 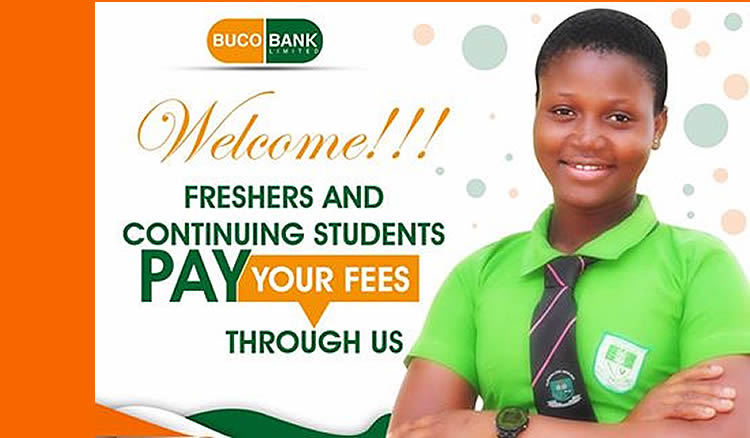